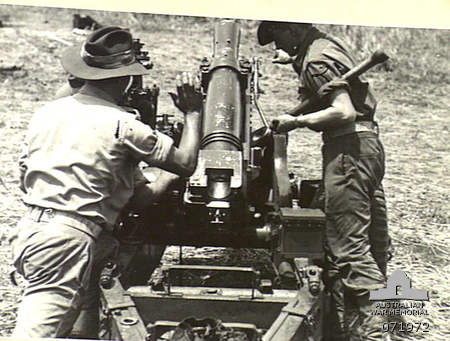 The 2/14 Field Regiment was raised on 17 October 1940, initially headquartered at Victoria Barracks, Melbourne, and later moved to Puckapunyal. They were stationed in New Guinea in 1944, providing necessary artillery support for the infantry and training; then moved to New Britain in January 1945 to relieve American troops and continue a limited offensive against the Japanese. At the wars end the regiment moved to Rabual as a garrison force, where it was gradually stood down due to demobilisation, until they returned to Australia in 1946 to be disbanded.

This annual Memorial Service will be attended by Christ Church Grammar school, as part of the Shrine’s Adopt an Ex-Service Organisation program.